Meetings and Courses at the Bluecoat 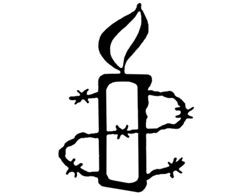 I was invited by the Liverpool Branch of Amnesty International to compere (or MC, or generally introduce) their first Story-Night, to be held in a function room of a local hostelry. It’s fair to say that nobody knew quite what to expect. The call-out had been for short (no longer than 7 minute) stories which responded to Amnesty’s basic mission, “ordinary people from across the world standing up for humanity and human rights”. What this might mean in terms of stories offered was not clear. Many of our Storytelling Group’s regular members had volunteered to bring along a story – I didn’t know what these might be but was interested to find out how they would interpret the brief. We were all interested to know who might attend. As it turned out we had a good turn-out from the local Amnesty membership and their partners and friends, and I was keen that they had an enjoyable time and left the night thinking well of story as a medium for shared enjoyment. As a result those gathered received a lot of reflective observations from me between groups of stories.

The stories were extremely varied and all, it’s fair to say, had Amnesty and the troubled world it monitors in mind. They ranged from a Somali folk-tale to a first-hand account of the Calais migrant camp, from the life of local heroine Kitty Wilkinson to invocations of the situations of the homeless. Nor should we forget an allegory about international conflict told with the aid of actual vegetables. Songs were also welcome and one concluded a strong invocation of the injustices attendant on the Hillsborough disaster.

My role was in one sense to make sure that there would be a second Story-Night (and maybe in a venue where the noise of the bar couldn’t drift in from next door). So I was at pains to point out how such nights had many attractive aspects – the social dimension, the encouragement of sharing experiences with like-minded others, the chance to learn more about the world and its experiences, and an investment in the pleasures of good old-fashioned “live” entertainment (we were actually all seated round the outside of the room so it felt a little bit like the story-sharings across the world which take place in yurts and teepees). All the stories combined a sense of the wider world with the expression of strong feeling.

The storytellers acquitted themselves excellently but I was aware that Amnesty could not always count on a turn-out from our group. They would need, I thought, future contributions from their members. I therefore proposed a number of experience-areas which would yield up material for future telling. For those who might be considering a similar night in a similar cause here are my “prompts” – in no particular order,-

– “….It’s not fair!” I’m sure that we have all in our time had this to say about something that has happened to us, or people we know and care about. When we talk about these incidents, real or imagined, we are addressing issues of justice and these are potentially stories of relevance to a wider or narrower definition of human rights.

– Struggle – so many stories we hear or tell are about various kinds of struggle, at local, national and international level. These are usually pertinent to humanity and human commitments to shared causes.

– Ways of Life which are Threatened – which is nearly a variant on the above, but there is a dimension of values in these stories, of what is worth defending and what motivates people to protect and preserve aspects of their existence.

– Acts of Collective Action and Resistance – such stories are affirmative of the need for shared organization and consciousness like Amnesty International.

I also pointed out that fantasy stories, fairy stories, folk-tales, life-stories, news stories and the stories which form the focus of on-line petition appeals are all potentially important sources of stories which follow these and other themes. I did however remind budding story-tellers that not all stories need a clear moral. Problematic social relations and contentious issues are not easily resolved and if they were the stories about them would be less interesting and useful to us all. It was maybe, I said, about how we ended the stories we told. As hopeful people none of us want to conclude with a total failure or capitulation, but it would not be realistic to expect every story to end happily either. It’s a challenge to our creativity and positivity to find a way of dealing narratively with struggle and loss and life’s reversals.

One of our stories ended with a joke, another with a question, and yet another with a note of defiance. As I say it’s our role as storytellers to reach in or out for some truth and make it seem attainable. I’d like to think that the local Amnesty committee members will have found the story-night successful enough to organize a repeat. For myself I enjoyed a story-sharing which wasn’t miscellaneous but which identified a purpose and gathered enough people to lend support to it. And maybe all good storytelling is about rights after all, inasmuch as it stands up for humanity.